1000+ AWS re:Invent 2015 attendees were surveyed about their cloud infrastructure, generating 4 key insights about why AWS customers have been moving to private cloud.

1. Although AWS has robust security policies, 60% are concerned about security with the public cloud

In the wake of general data breaches affecting enterprise companies like BlueCross BlueShield (Information for 80 million members being exposed) and Target (40 million credit cards causing the resignation of the CEO), companies are becoming more worried about security and becoming hesitant about hosting data in the public cloud. Not only has security been a constant concern for public cloud customers, but also…

2. Rising costs from AWS usage have 35% of customers concerned

They should be concerned.

With the cost of private clouds made with OpenStack 21.25X less expensive than a public cloud – it is no wonder that more and more organizations have been exploring OpenStack as a viable alternative for AWS.

However, even with the large costs of cloud, trends seem to indicate that the cloud isn’t anywhere because…

3. Developers really really like the cloud. 80% of companies plan to increase usage next year Regardless of organizational policies, developers are increasingly turning to the public cloud simply because: It is the fastest way for developers to get work done. This trend has led the number of public cloud VMs to increase by 20X over the last 3 years[3].

Quite simply: developers today see IT as a roadblock to productivity, not an enabler.

If IT isn’t giving developers the tools they need to do their work, developers will head straight to the public cloud.

However, when developers head to the public cloud – the company risks putting data in the outside their data centers and is subjected to the costs of the public cloud which are 21.25X more expensive.

OpenStack private clouds seem like the solution CIOs are looking for:
Same functionality as the public cloud enabling developers to get things done quickly
Much less expensive
Much more secure And they should be worried.

There are endless examples of talented IT teams being unable to get OpenStack stood up even after months of hard work.

With 20 million lines of code and 30,000 developers – there is a lot of code to learn and troubleshoot.

In addition, a new OpenStack release every 6 months (*that isn’t always compatible with the previous version) brings the latest and greatest features and integrations, but also makes continual maintenance with OpenStack-trained staff a necessity.

Furthermore, maintaining a strong team is difficult: the average OpenStack engineer costs $126,000/year in California, due to extreme scarcity, vs $91,000/year for engineers qualified to work with VMware or Microsoft products[5].

Due to the difficulty of maintaining OpenStack, there has naturally been a lot of hesitancy around implementation despite the enormous cost and security savings.

But, what if there was a way to implement OpenStack without IT worrying about: operating costs, staff skill set, or complexity?

That is why Platform9 exists.

We hide all the complexity of keeping OpenStack up and running so you can focus on your business.

So what makes Platform9 different?

Best of all, Platform9 offers a free 15-day trial so you can experience an OpenStack environment in just 5 minutes! 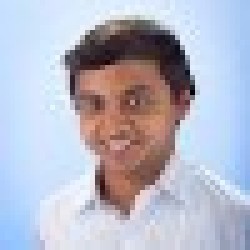